I don’t know if I am wrong about this, but over time, I have concluded that no matter the clime where he finds himself, the “black man” is a showoff. I have no fact to back this off save a few reoccurring circumstances over the years. It just seems like there is this compulsive need for the black man to show he or she is successful. Let me cite a few examples, Floyd Mayweather; the retired boxer who in 2015 was reported to have an exotic car collection worth 15 million dollars sitting in his garage and he doesn’t drive any! In sharp contrast Mark Zuckerberg who is worth a reported 68.9 billion USD drives an Acura TSX valued at about 30,000 USD and also has a Volkswagen GTI valued at the same amount. I read somewhere that the reason he [Mark Zuckerberg] wears the same boring outfit all the time is that he wants to focus his brainpower on more important decisions.

Like the peacock, the black man always feels the need to “impress” every time he gets a chance. Chris Brown the talented musician reportedly has a shoe collection spanning several rooms.” and he makes a strong claim for owning the most insane sneaker collection ever.” This show-off mentality is why Mario Balotelli covered his 250,000 USD Bentley in camouflage or why Dino Melaye, a serving Nigerian senator has a car collection amounting to more than a billion [Nigerian] Naira.

Down here in Nigeria, the bighead mentality isn’t exactly a secret, in fact, our different cultures embrace it. It is used as a sort of class identifier, so the more you show off, the more likely people in the upper class of society will recognise you. That is why weddings have become more lavish and outlandish, each wedding following the last trying to outdo it in expense and style, an attempt to crawl themselves into the pages of celebrity magazines, popular blogs and celebrity website. In churches donations are made as a sign of one’s wealth, a church may be looking to raise about a million [Nigerian] Naira and would end up raising 10 million as the rich try to outdo themselves with their “generous” donations. In Kenya, a millionaire even in death had to show off, as he was buried in an expensive car!

Alumni social media accounts abound on different platforms doing great things in their alma mater and the social communities around them, but because of the exclusive nature of these groups, a lack of organisation, and the right kind of exposure (intentional or otherwise), these activities are barely lead to any sustainable good. AlumUnite, a quasi-social platform engineered towards improving education in Nigeria, is attempting to leverage Africa’s unique braggart behaviour. It aims to provide a common playground for all alumni to interact and show off their alma mater to the world. This movement, it is hoped, will spur other alumni into action and give back to their schools and the society that has given so much to them. AlumUnite is also a place where people can meet and connect and form a business/social relationship beyond the platform.

Christ the King College (CKC) Gwagwalada was seen as elite way back in the 90s and early 2000s not only because of its exorbitant school fees but for its excellence in the field of study and sports; easily beating other schools in Abuja to the top price, well that was until Loyola Jesuit came onto the scene and took their crown! Continuously beating CKC at basketball and the senior secondary school exit examinations, WAEC. There was a healthy rivalry between CKC, Loyola Jesuit, Government Secondary School (GSS) Pikasa, and other schools in the area back then, fiercely competing to outdo the other and never losing the opportunity to gloat when they did. It helped spur the others to do better.

Now imagine if the old students of these schools could have a neutral ground to “brag” about their achievements? Imagine if CKC could get a forum where they can get to yell to who cares to hear that Big Brother Nigeria, (BBN) host, Ebuka, is an old boy of the school or the steps CKC old boys are taking to grow the association as a way to grow CKC beyond the African border, whilst helping each other grow.

This is exactly what AlumUnite plans to do with its movement; a platform where healthy rivalry can be used to inspire change in the society. What do you think?.

While every government should provide free and quality education for its citizens, the fact remai...

Education has been lauded as the key to gaining knowledge, critical thinking, empowerment and ski...

Forging a new pathway for the African diaspora The turn of the century has seen Africans acr... 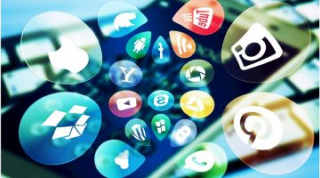 The word “Freemium” has become synonymous with many software, online platforms, and gaming busine...